Welcome to the April issue!

Hello, lovers of life stories! This month, I make my second appearance on Tucson television to promote video biographies. I also share a link to an inspiring TED talk by StoryCorps founder Dave Isay.

The other side of the camera. 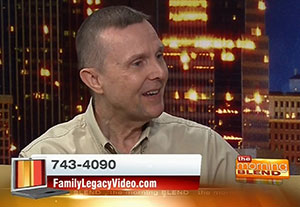 The non-profit organization called TED began in 1984 as a conference where Technology, Entertainment and Design converged. Today the group’s mission is to spread ideas, most commonly in the form of short, powerful talks lasting eighteen minutes or less. The talks cover a vast array of subjects, from science to business to global issues, in more than 100 languages.

In addition, the organization sponsors the annual TED Prize, which is awarded annually to a leader with a fresh, bold vision for sparking global change. The TED Prize winner receives one million dollars, along with the TED community’s wide range of resources and expertise, to transform the winner’s dream into reality. 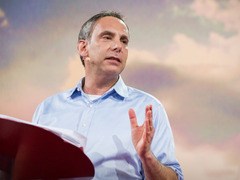 The 2015 Ted Prize winner is Dave Isay, the founder of StoryCorps. Beginning in 2003 with an audio recording booth in New York City’s Grand Central Station, StoryCorps has grown into one of the largest oral history projects of its kind. Of StoryCorp’s efforts, Dave says, “Just maybe, it will help us recognize that simple truth: that every life — every single life — matters equally and infinitely.”