Boy, February already. 2014 is already flying by, so don’t wait to start working on that legacy video you’ve been thinking about! This month I’ll share some good news about a recent award and some insights into incorporating visuals into your video biographies. 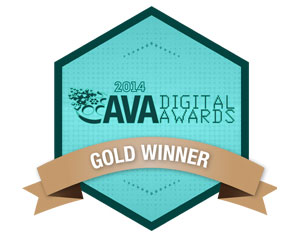 Steve Pender, president of Family Legacy Video, Inc. has received a Gold Award from the 2014 AVA Digital Awards competition. Pender’s award came in the Video Tribute category, for a video highlighting the life and career of James D Toole, founder and CEO of Tucson’s Southwest Energy LLC. Mr. Toole was the 2013 Inductee into the American Mining Hall of Fame, sponsored by the Mining Foundation of the Southwest. The video was played at the Hall of Fame banquet in December 2013. If you’d like to view Steve’s handiwork, you’ll find the clip here.

Most humans are visual thinkers. Our thoughts are composed of imagery and pictures. And the right combination of images and sound coming from a TV or movie screen can inspire a wide range of emotions that leave indelible memories behind. In addition to emotional impact, photos, family films and other memorabilia like newspaper clippings, trophies and medals heighten the visual quality (often called production value) of a legacy video. In short, interesting and well-placed visuals help to convey important visual information that enhances the stories being told and make a video biography more fun to watch – and you DO want your family to watch, not just once, but again and again. That’s why, after a Family Legacy Video client lets me know what he or she wants to talk about during an interview, I always ask what visuals are available.

It’s certainly great to have that interview with grandma or grandpa and to be able to watch them tell stories about growing up on the family farm. Couple those stories with photos of them riding the old tractor or milking Bessie, mix in music that evokes the country life, and you add visual and emotional components that serve their stories and make them even more memorable.

After I conduct a preinterview, I’ll send a storyteller my “wish list” of all the visuals I think will help add production value to his/her video biography. I’ll send a follow up list after the on-camera interview in case some stories arise then that didn’t surface during the preinterview. I fully realize a family may not have everything I ask for – but it doesn’t hurt to ask. And, as a professional visual storyteller, I’ll often think of options and ideas that my client hasn’t considered.

If you’re a do-it-yourselfer planning an interview, make a list of all the visuals you’d like to have in the video. Ask your storyteller what he or she can provide. Reach out to any other family members who may have resources. Collect those visuals and keep them safe. Don’t have anyone mail you one-of-a-kind photos. Have copies made for mailing or, if possible, go to where the photos are and scan or shoot them there.

After the interview is over, you’re likely to find there are additional visuals you’d like. Remember to be as creative as possible and not to let a lack of family photos get you down. If you don’t have a picture of the farm, ask the tourist board for the state where your grandparents’ farm was located to send you a picture of the countryside. Or find a vintage map showing the farm location, or a modern map that you can shoot and turn black and white or sepia using your editing software. Then, as the music plays, you can pan across the photo or map to set up the story about life on the farm. The possibilities are endless – and fun.

SEE what I mean?